Flat reconstruction "With Dejvická nobility" 4kk 105 m2 in above-standard design. The reconstruction took place on the basis of the design project STUDIA No Architects

Flat reconstruction was launched just before the first wave of Covid measures, which was less of a challenge for us.

We started by demolishing the bathroom, the floors and demolishing the large passage between the future living room and the kitchen. We completely removed the old floor and embankment, which were subsequently replaced by impact, noise insulation and a layer of concrete screed. We made new wiring, heating, water and sewerage throughout the apartment. As part of the reconstruction, the central cast iron sewer riser was replaced with a plastic one. In the future, the owner of the apartment will avoid any intervention in the renovated parts.

We did not solve the original curvature of the walls and ceiling with complex leveling, on the contrary, we tried to add an "original First Republic" touch to the apartment and therefore the plasters were repaired only locally. Subsequently, we applied the so-called pearl in the whole apartment, to strengthen the walls and ceiling against the spread of cracks. The investor was required to use a better and more durable color, given the presence of children in the apartment. Therefore, as the final painting of the apartment, we chose a better quality abrasion-resistant and washable Primalex fortissimo paint. The icing on the cake then became 2 bathrooms, which were lined with large-format and small-format Spanish tiles.

As a final floor covering, we laid a wooden two-layer BILAflor floor with a finished surface treatment-pattern, the so-called "double tree".

All furniture was made to measure by a subcontractor-carpenter. 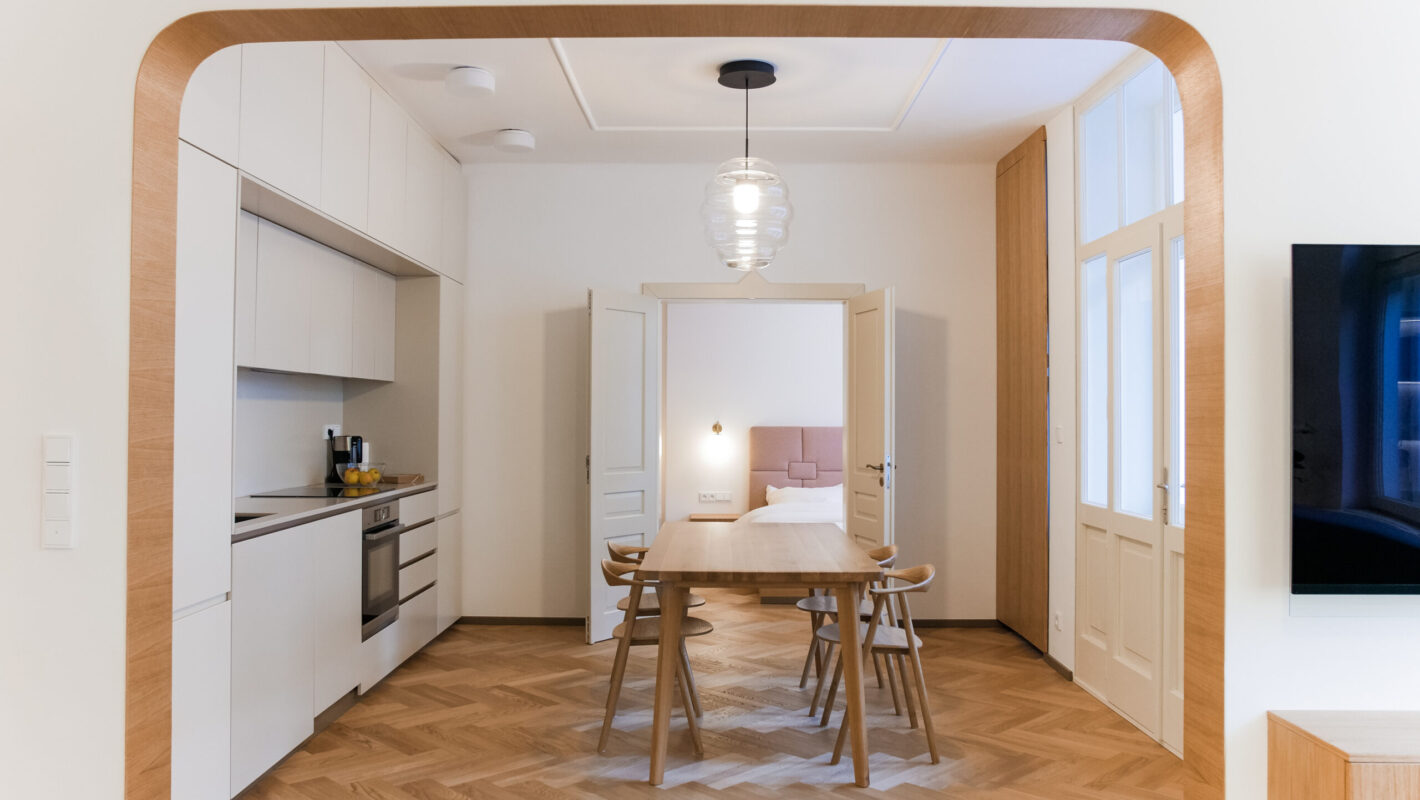