Reconstruction of panel flats in Prague 2 + 1

Photographs of the reconstruction of the Panel Apartment 2 + 1 Bořislavká

Reconstruction of a panel apartment Bořislavka 2 + 1 in an area of 56 m2 in Prague 6.

We reconstructed a standardized panel apartment. Flat reconstruction It began with the demolition of the apartment core and existing floors.

As far as possible, we have expanded the apartment core at the expense of the corridor. The investor demanded that the bathroom be more airy and brighter. We found a solution in the installation of luxfer in the partition between the bathroom and the kitchen. In addition, we did not put a classic opening door in the bathroom, but we chose a sliding door into the case. As part of the reconstruction of the apartment, we made complete wiring, water and sewerage in the bathroom and kitchen.

During the reconstruction of the apartment, we reduced the ceilings with plasterboard by 6 cm everywhere, due to the leveling of the existing ceiling and also for easier installation of the wiring cable.

Subsequently, the entire apartment was reinforced with a so-called pearl crack and the walls were leveled with a smooth trowel, which is beautifully sanded and creates an ideal plane.

We laid a mosaic in the bathroom and kitchen, and filled the joints with epoxy grout.

As a final floor covering in the whole apartment, we laid a vinyl floor with a lock from a well-known manufacturer - the company FATRA Napajedla.

We chose the door from SAPELI according to the investor's wishes. Kitchen - KEA 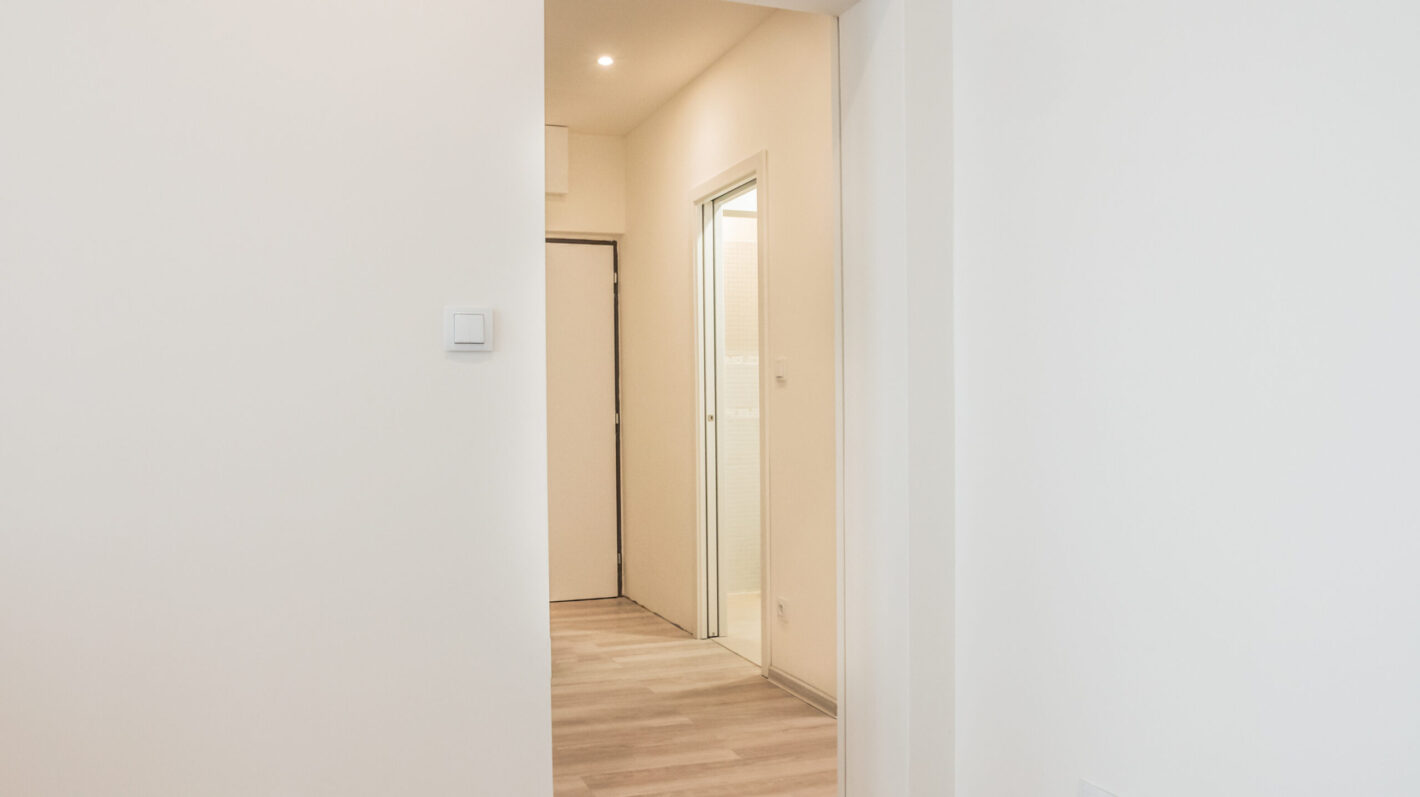 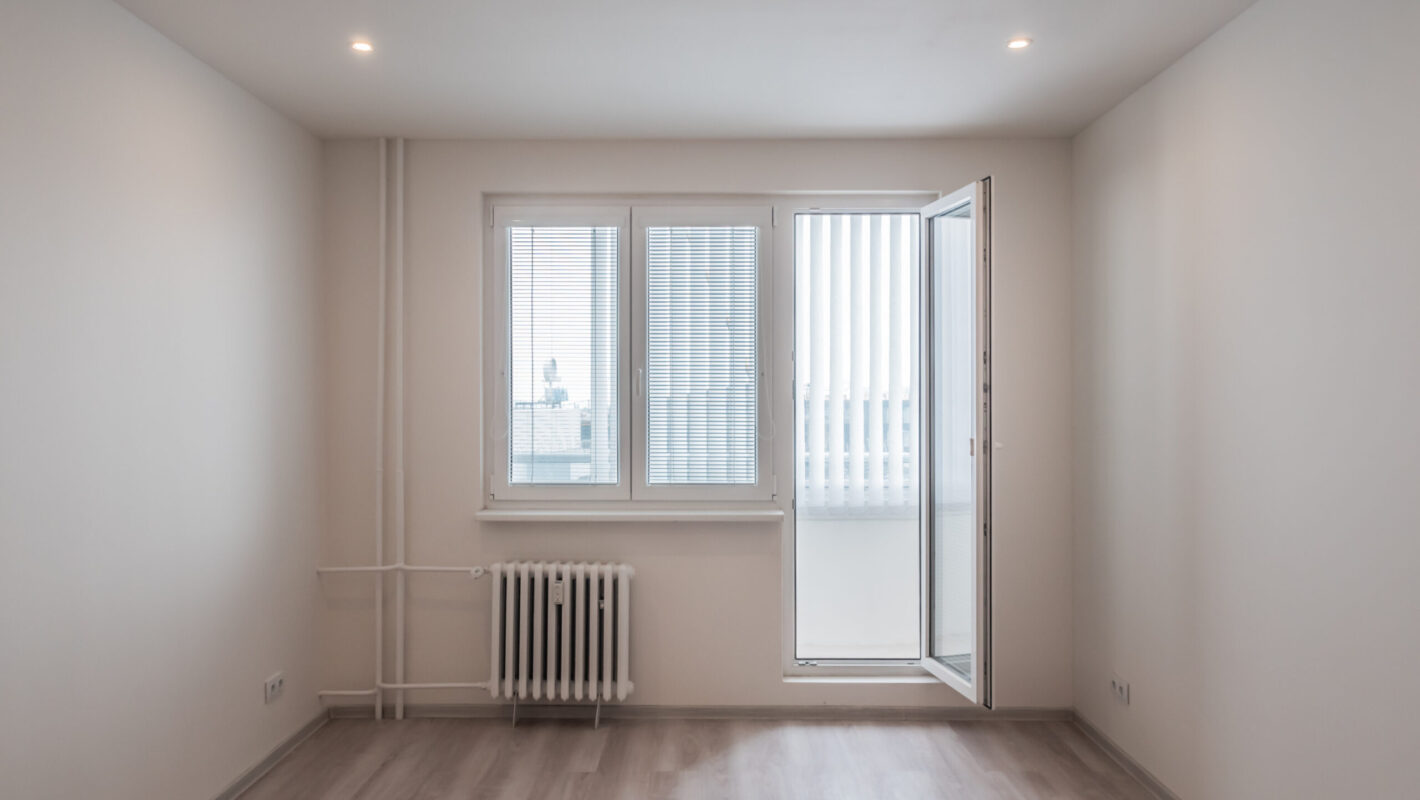 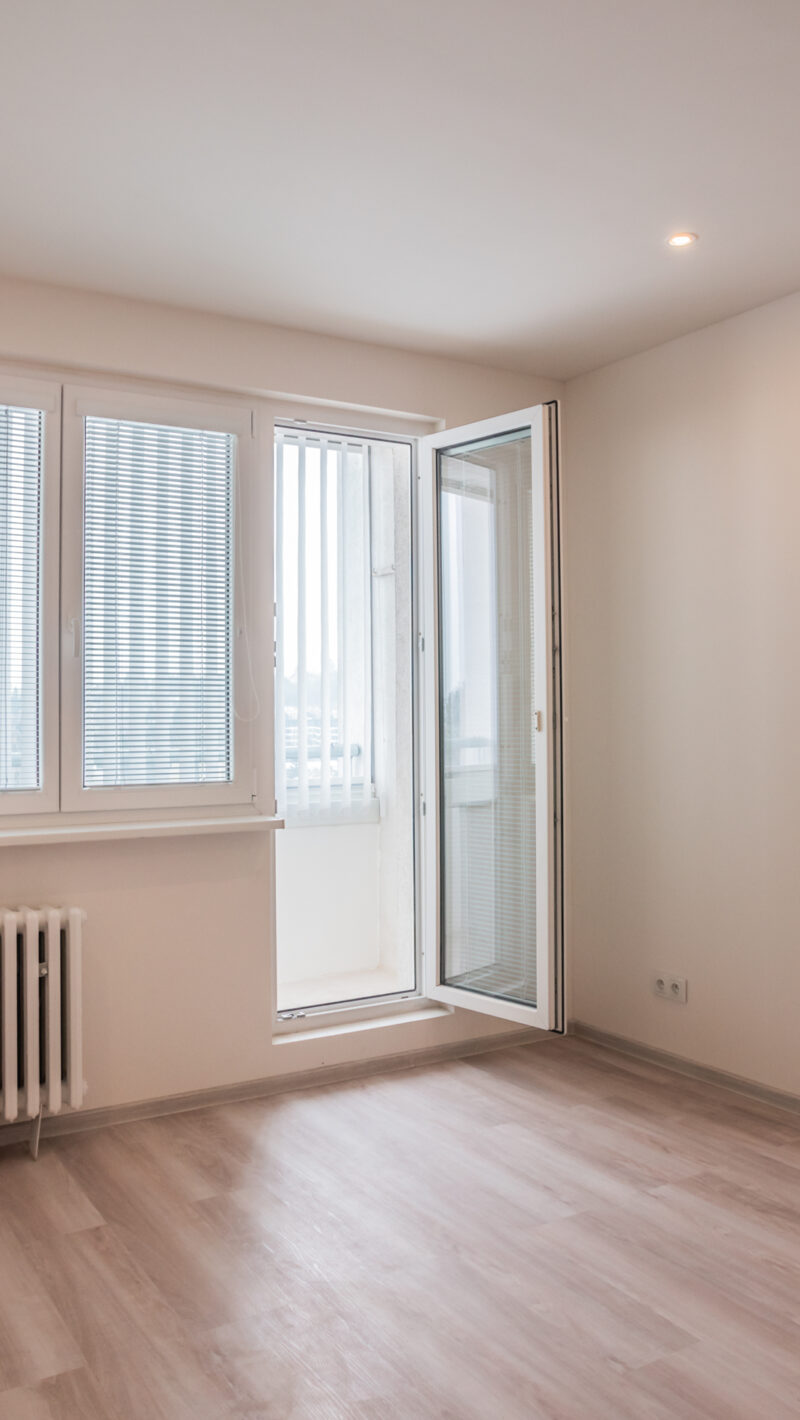 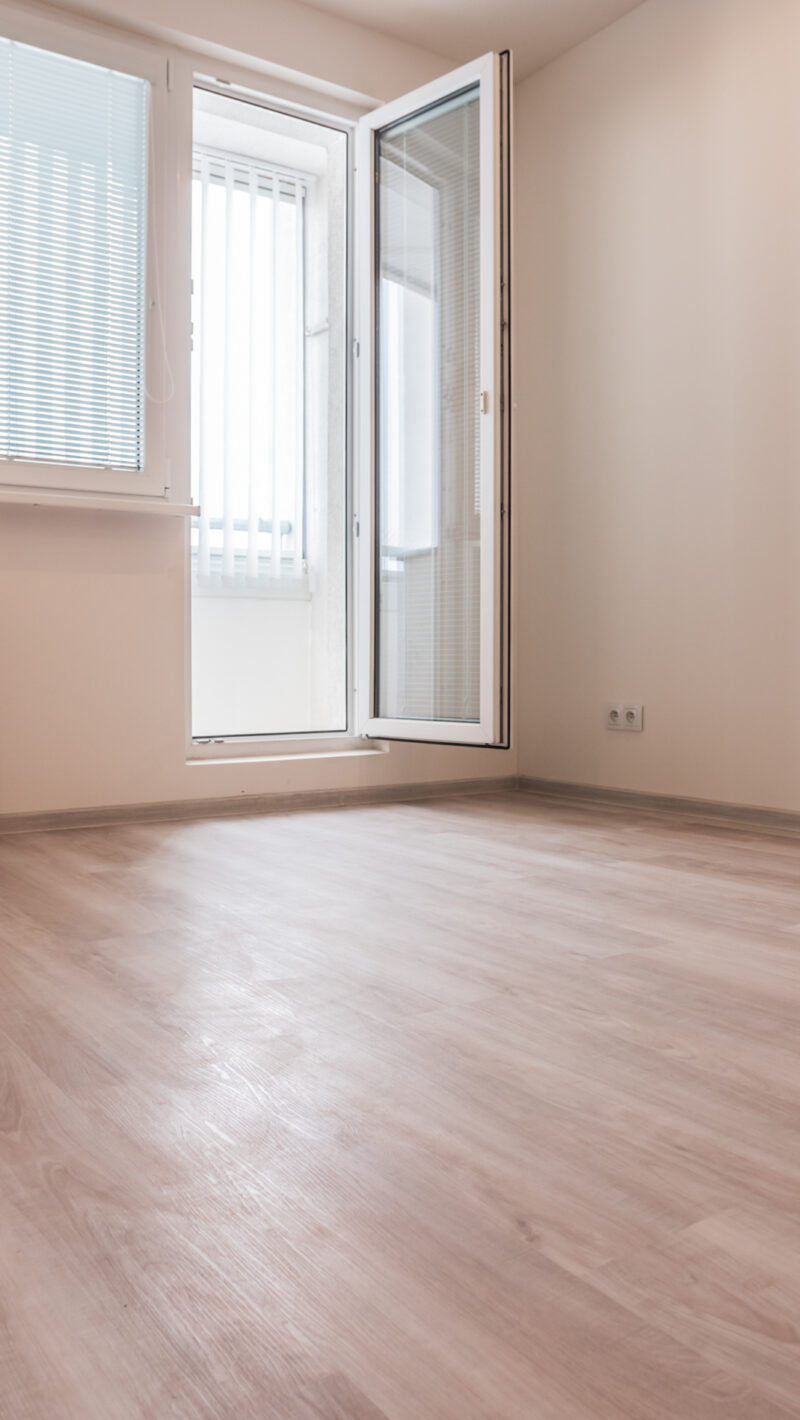 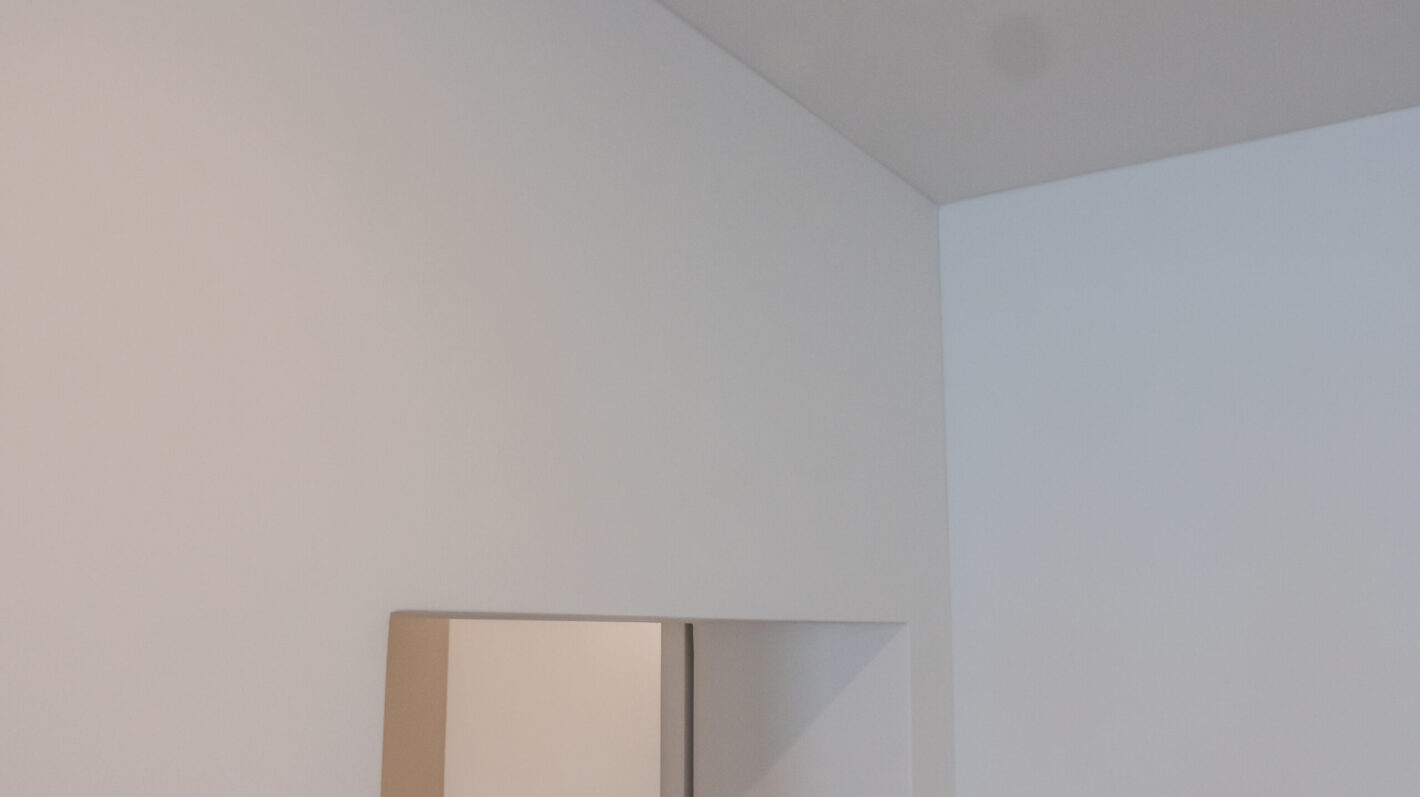 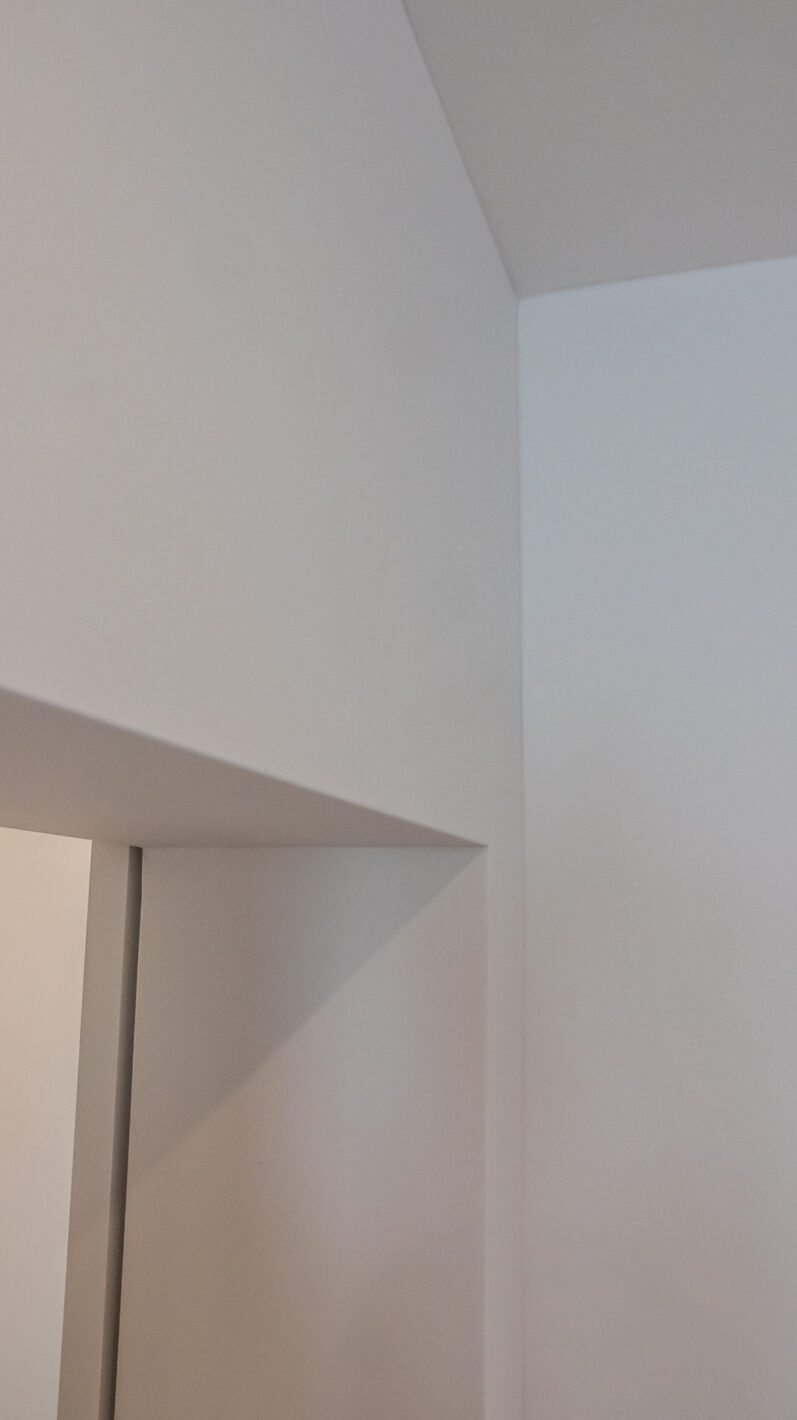 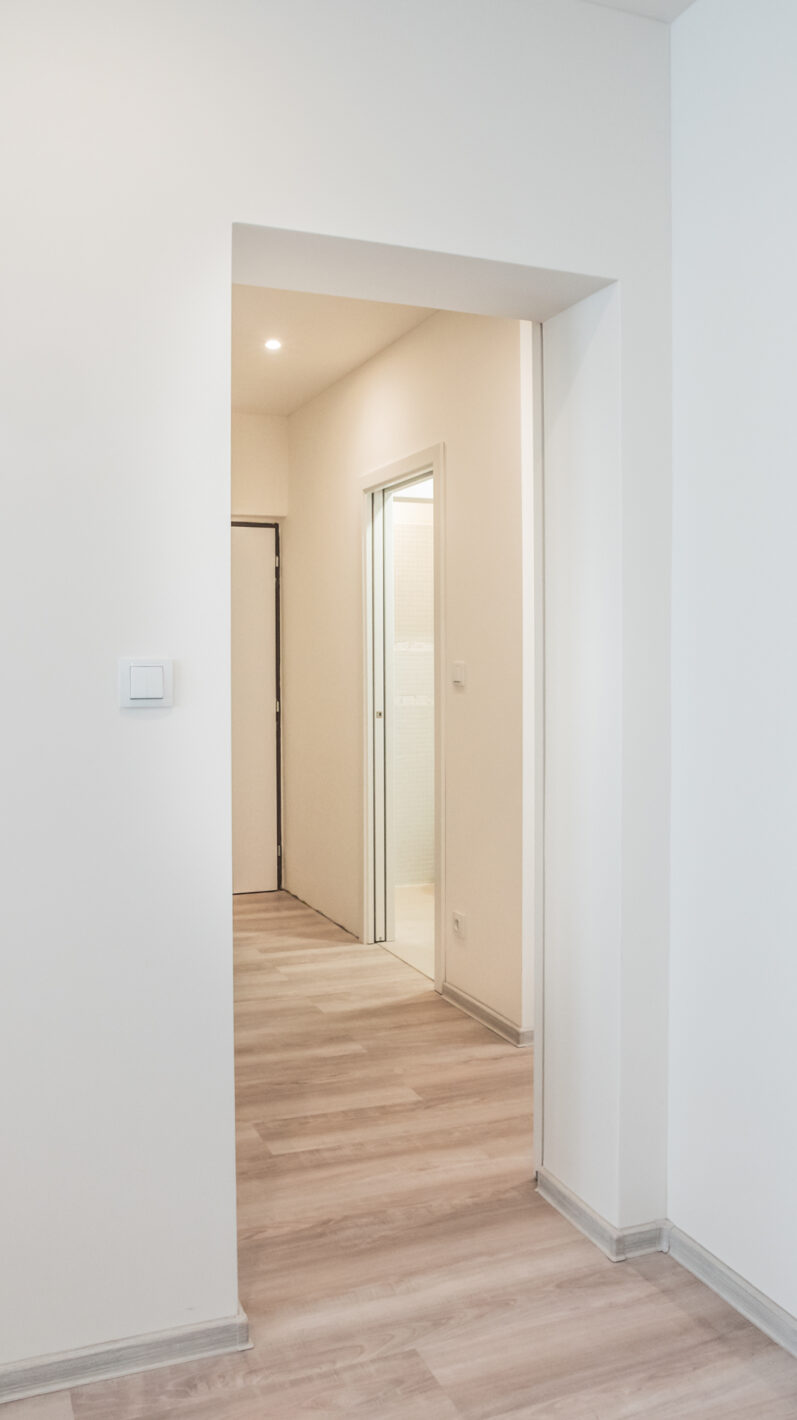 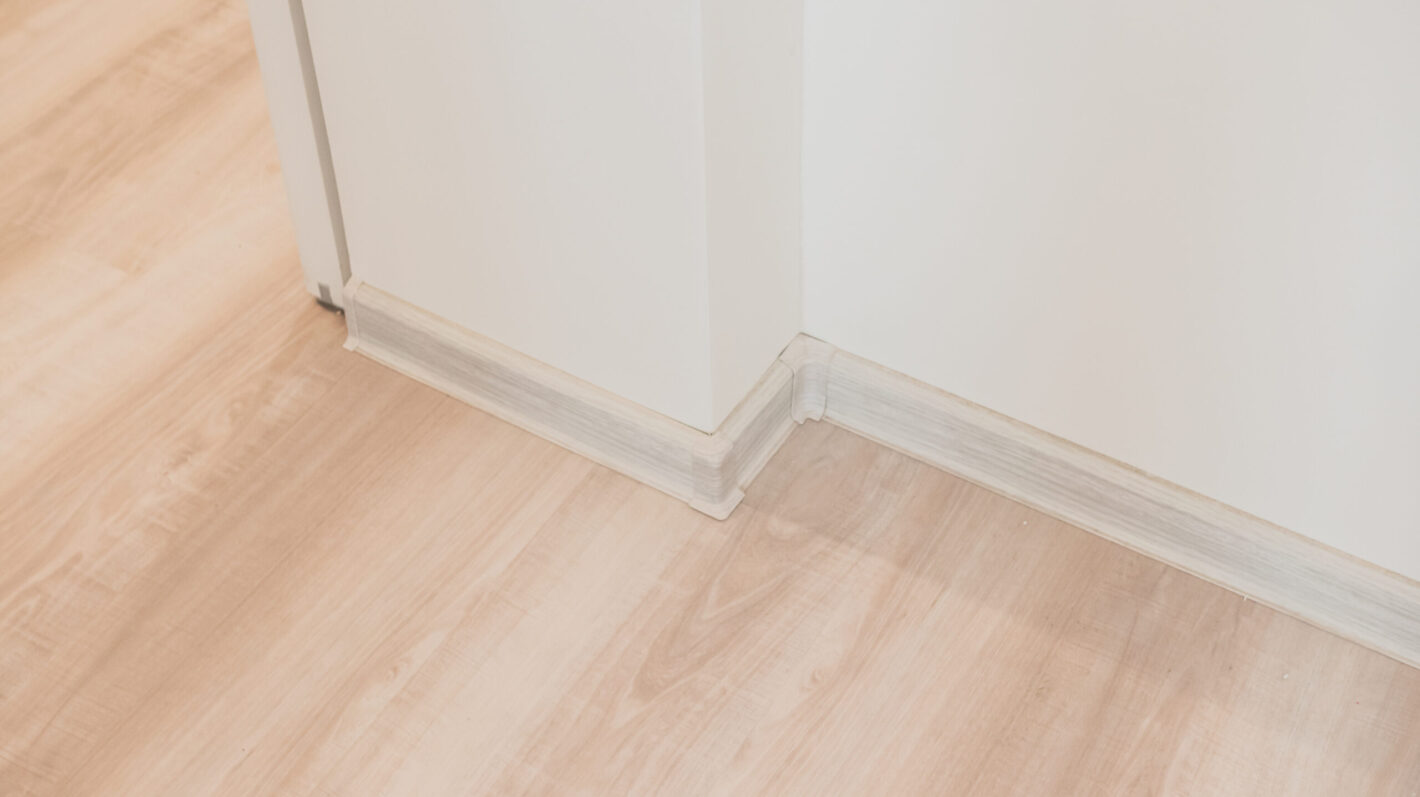 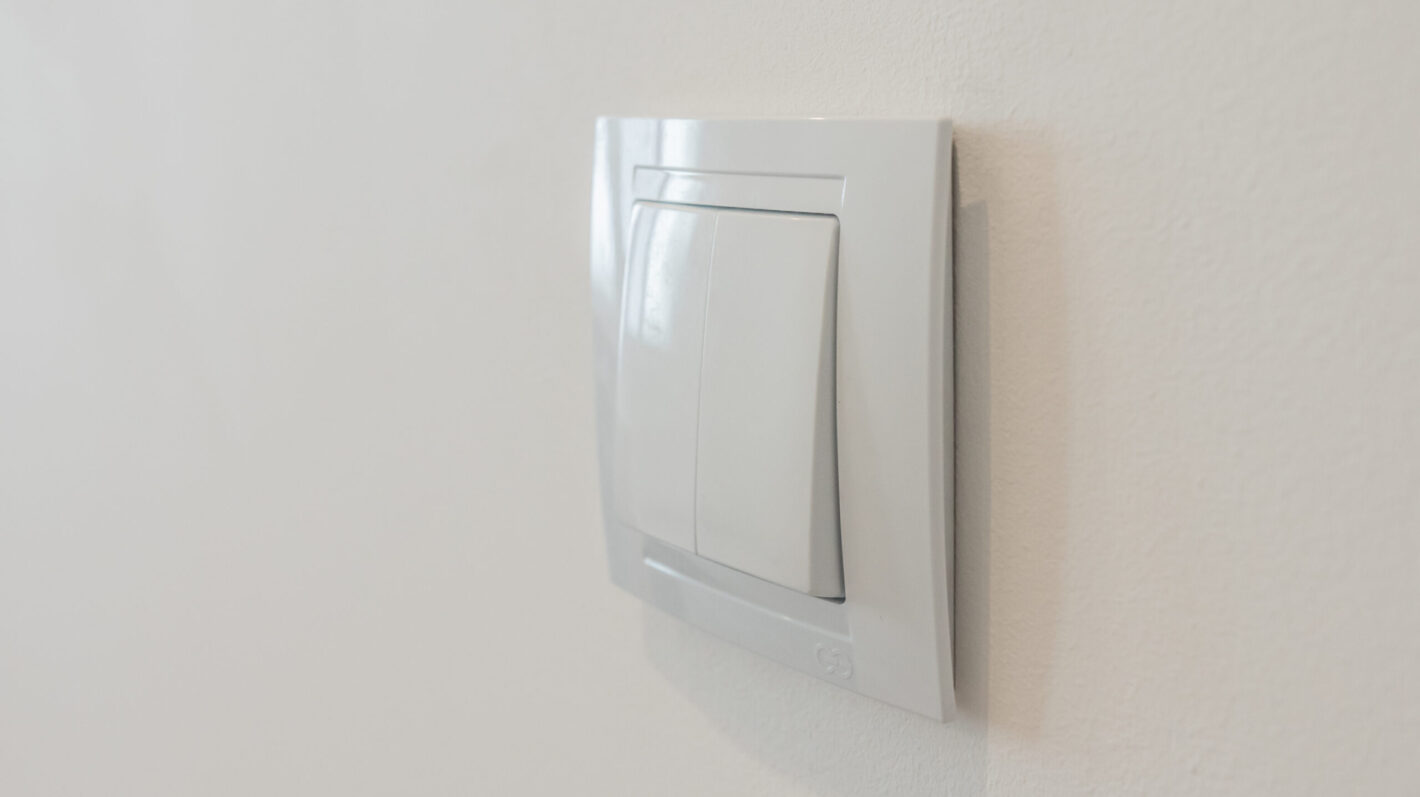 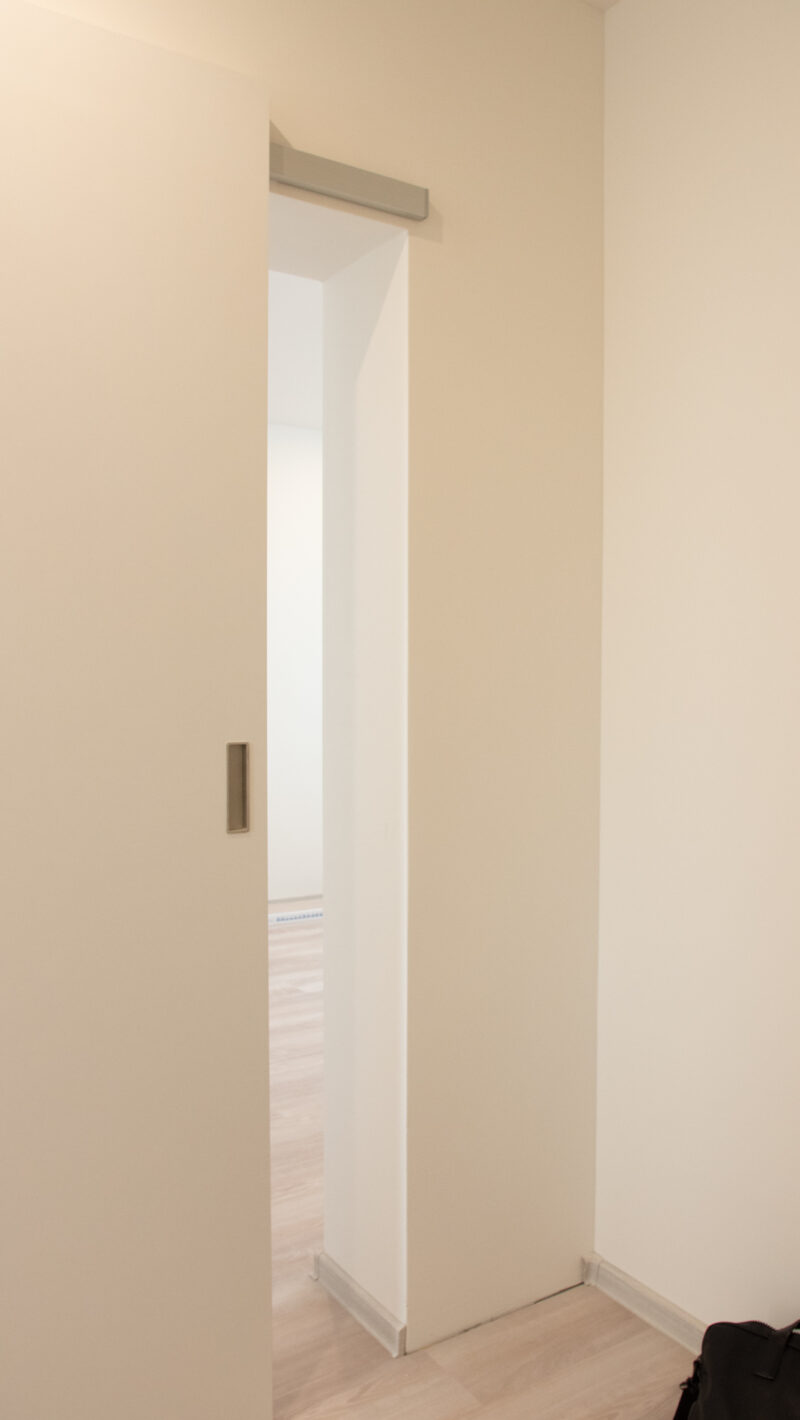 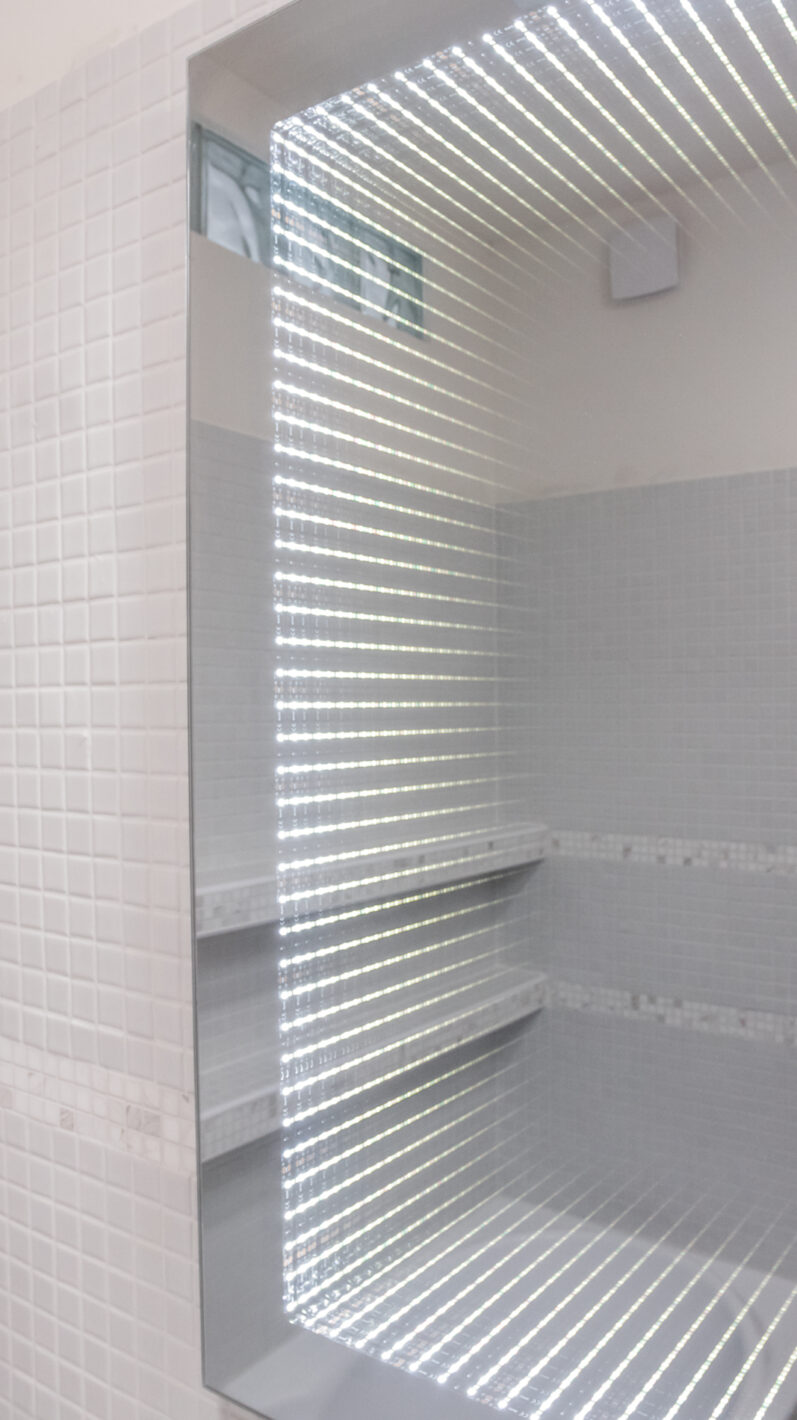 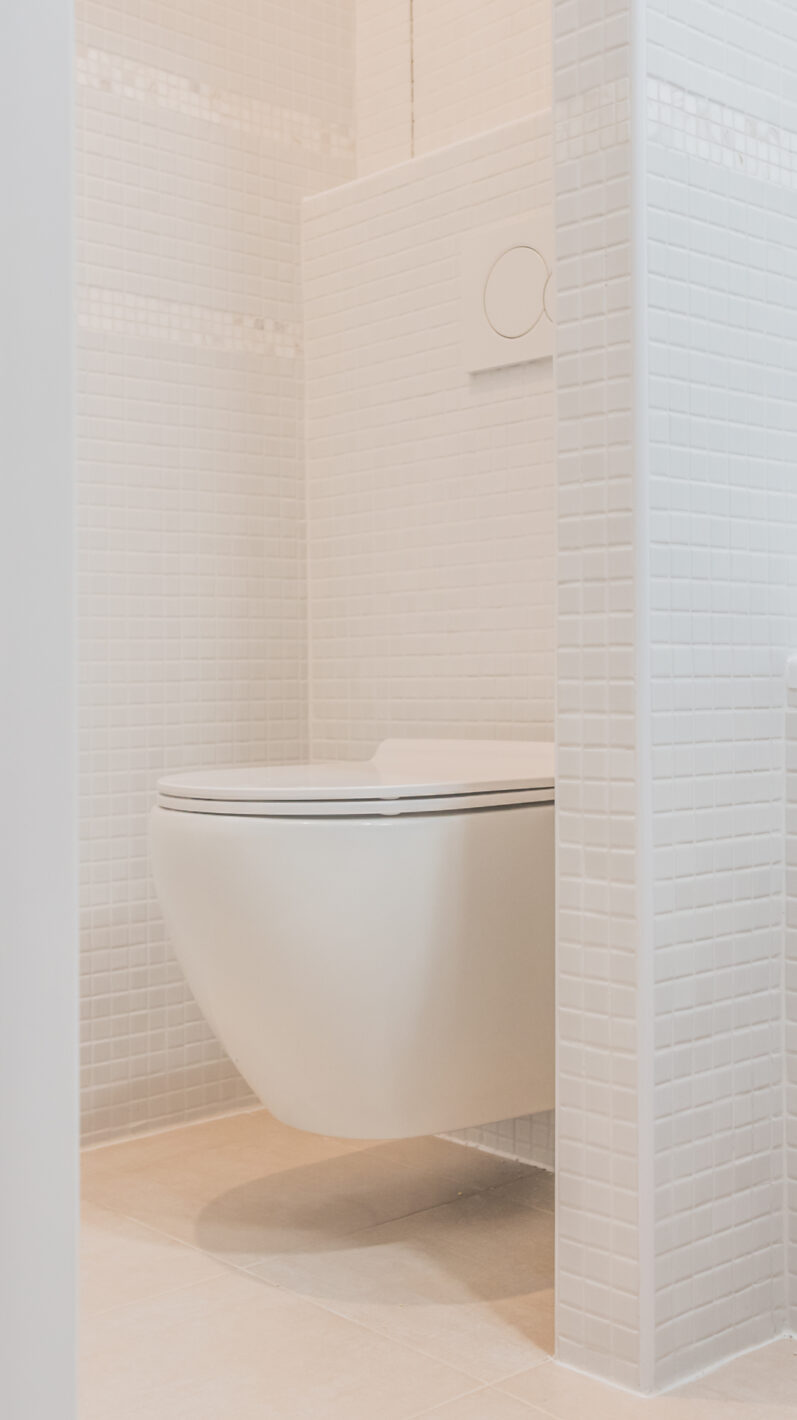 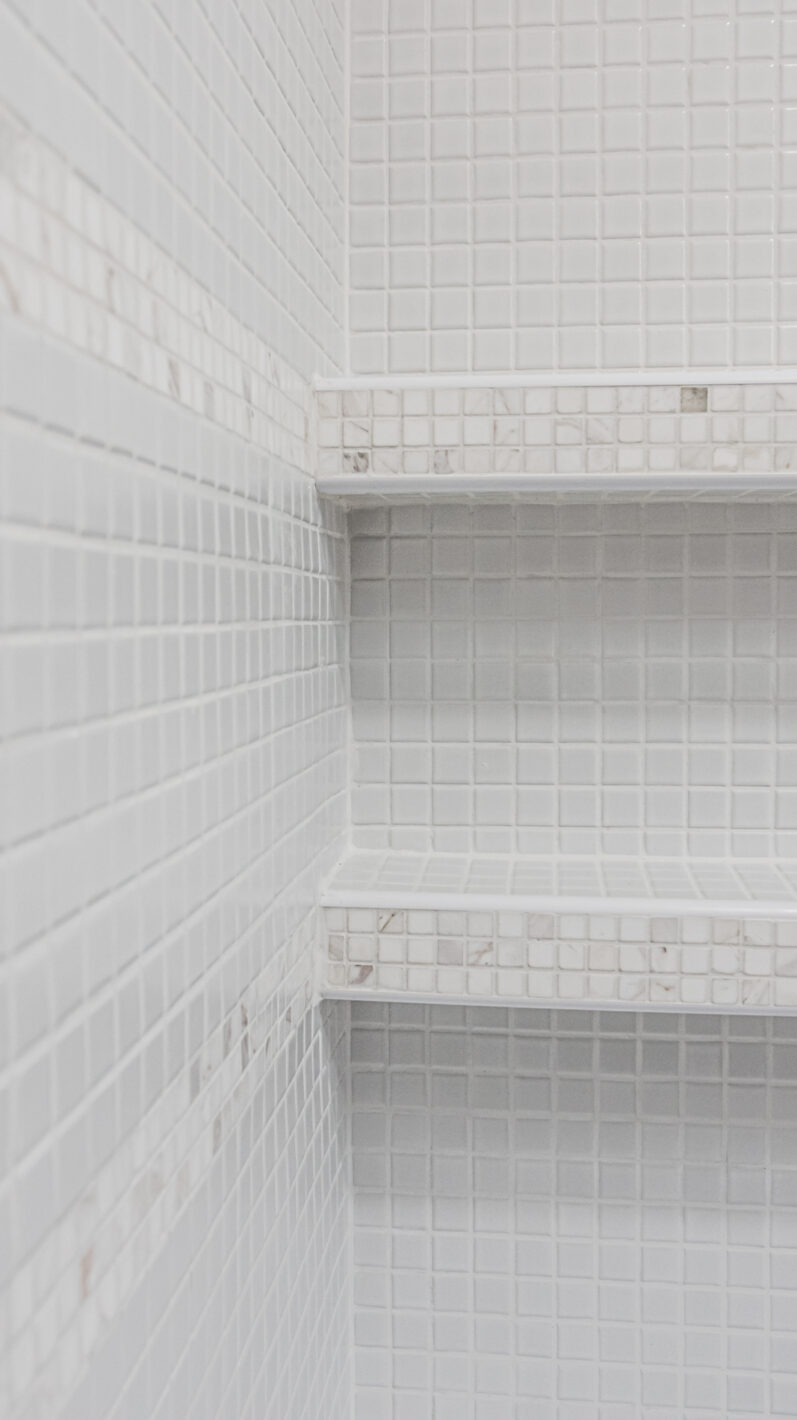 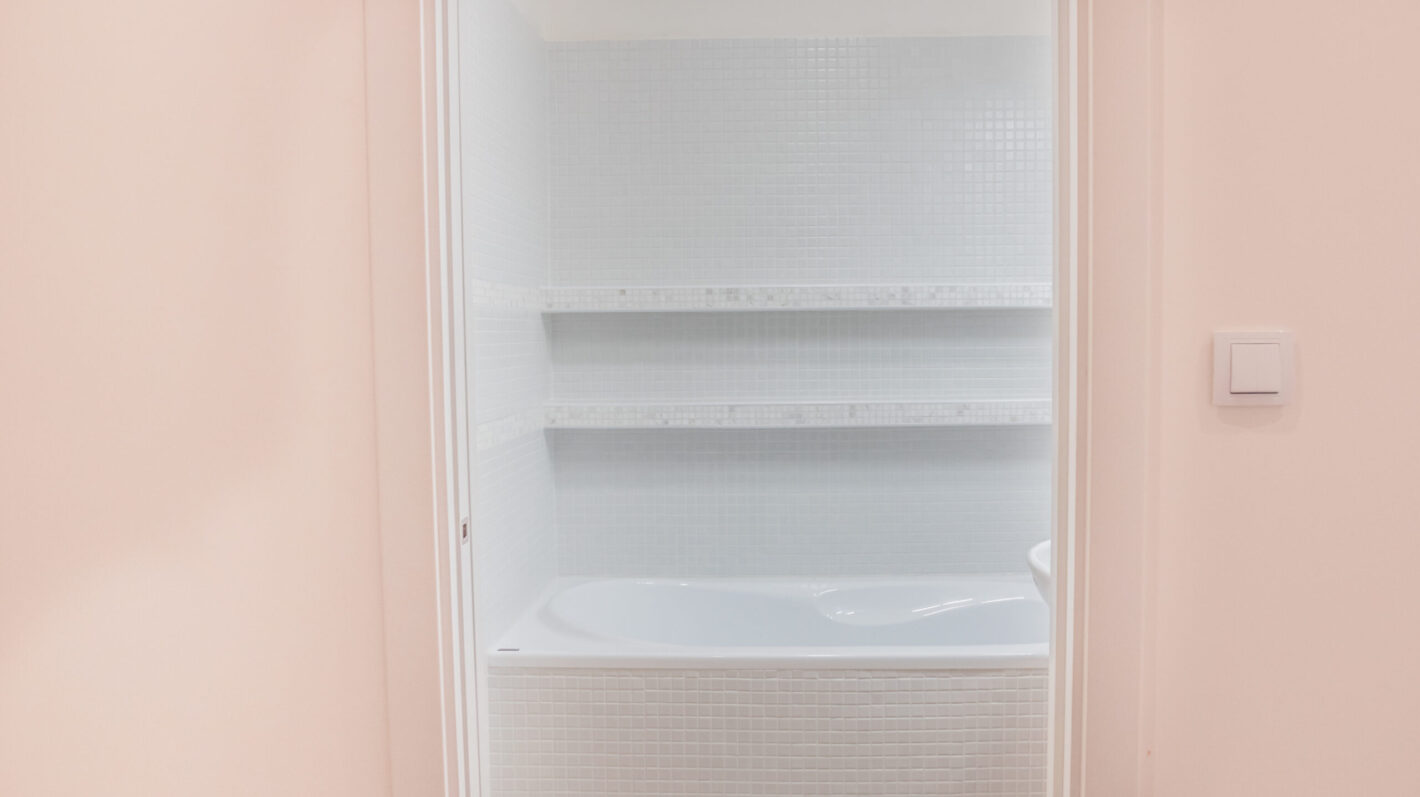 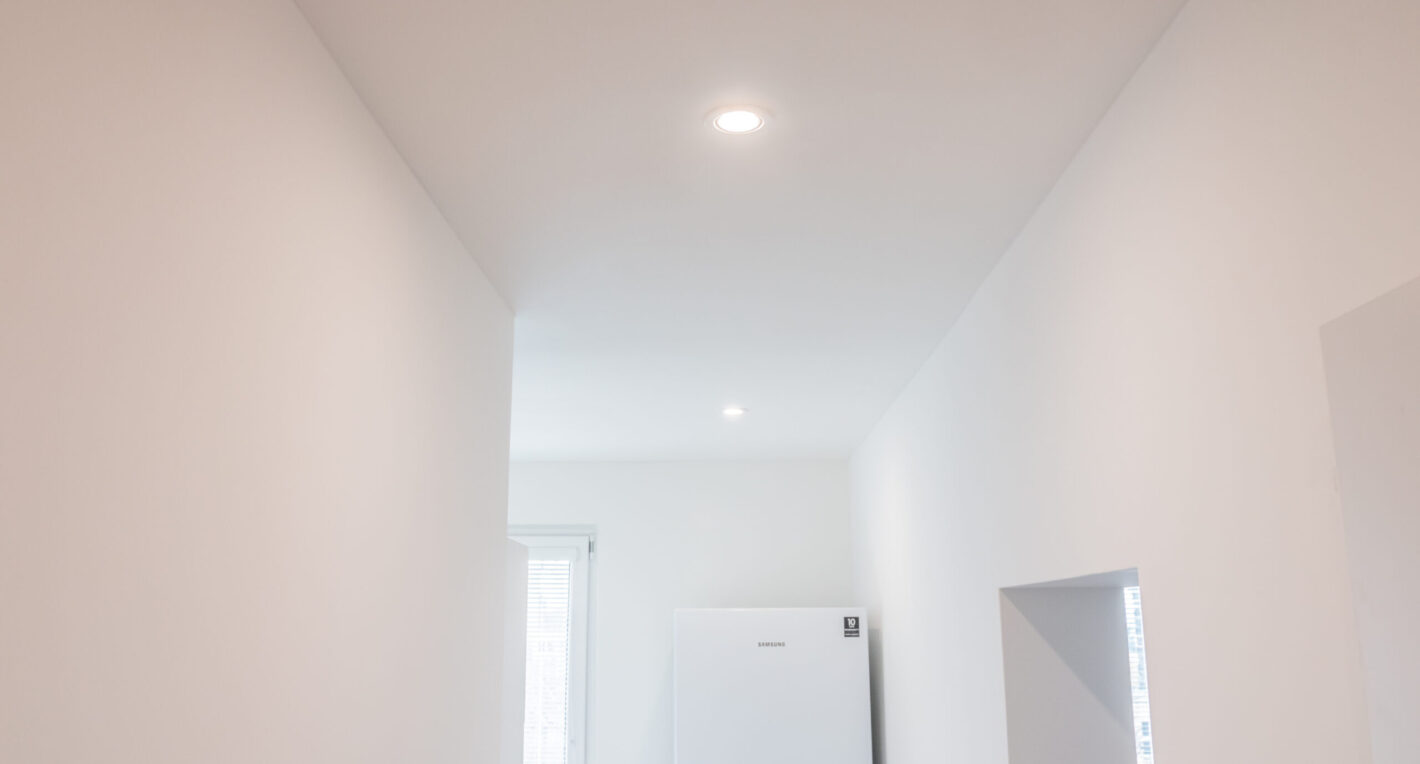 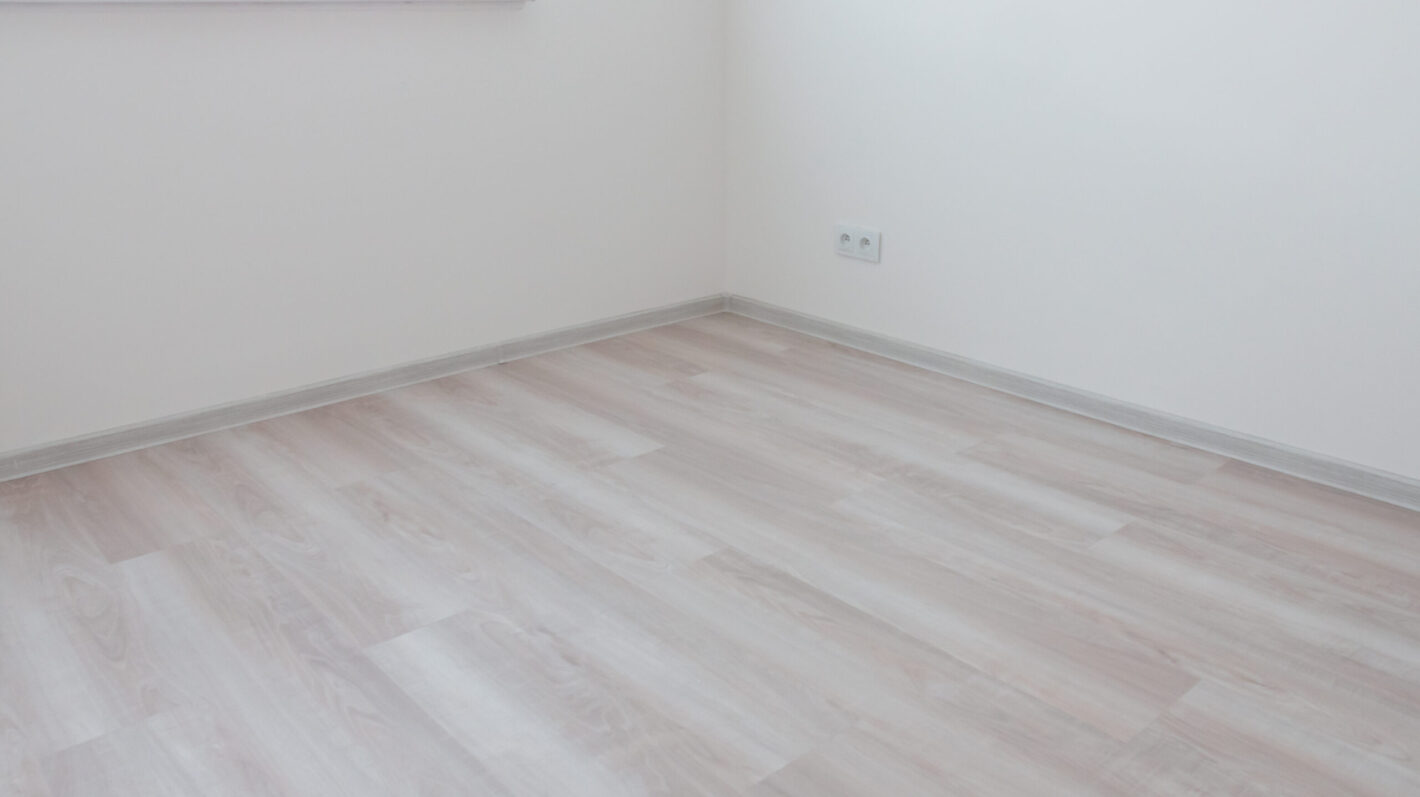 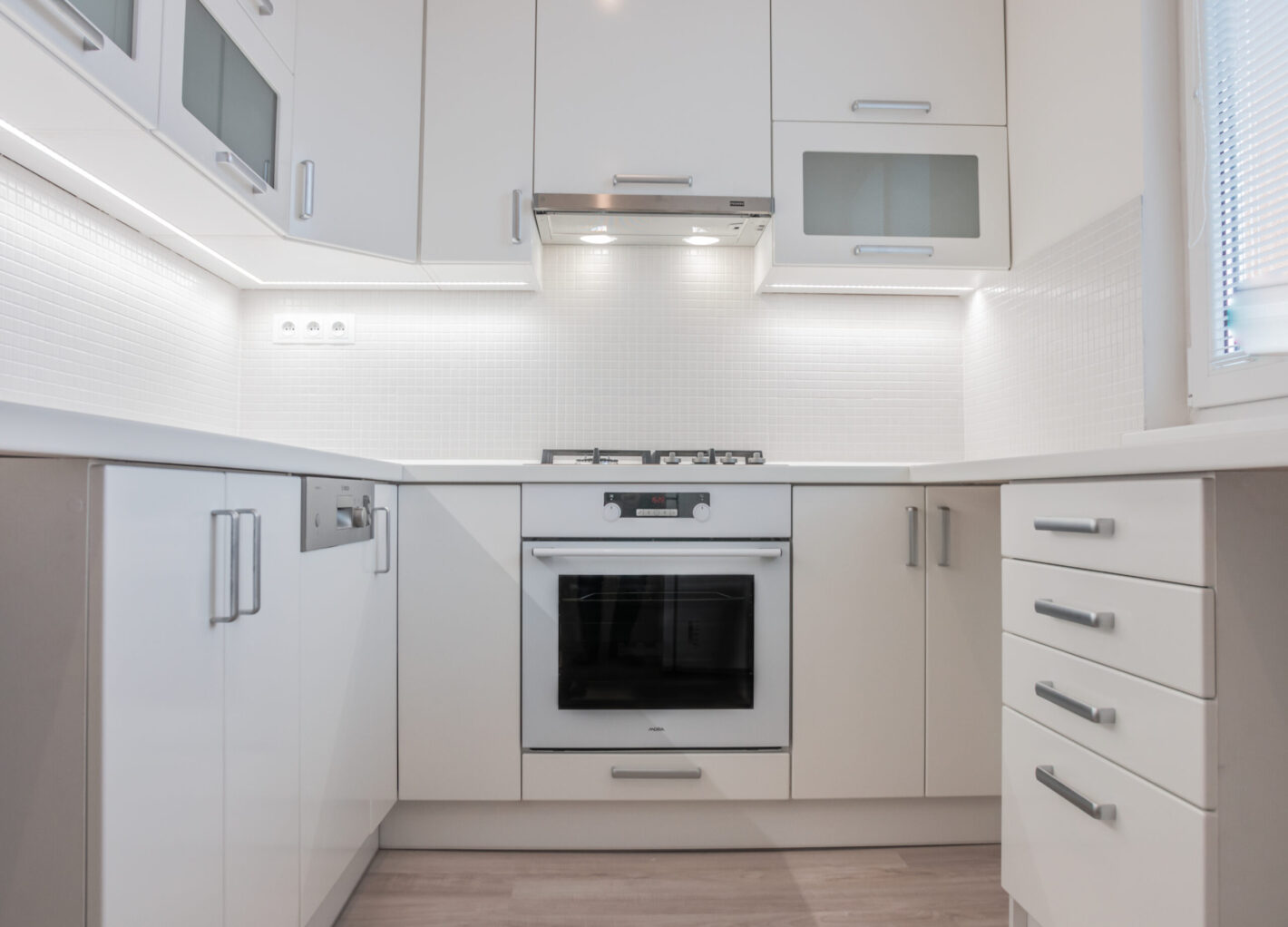 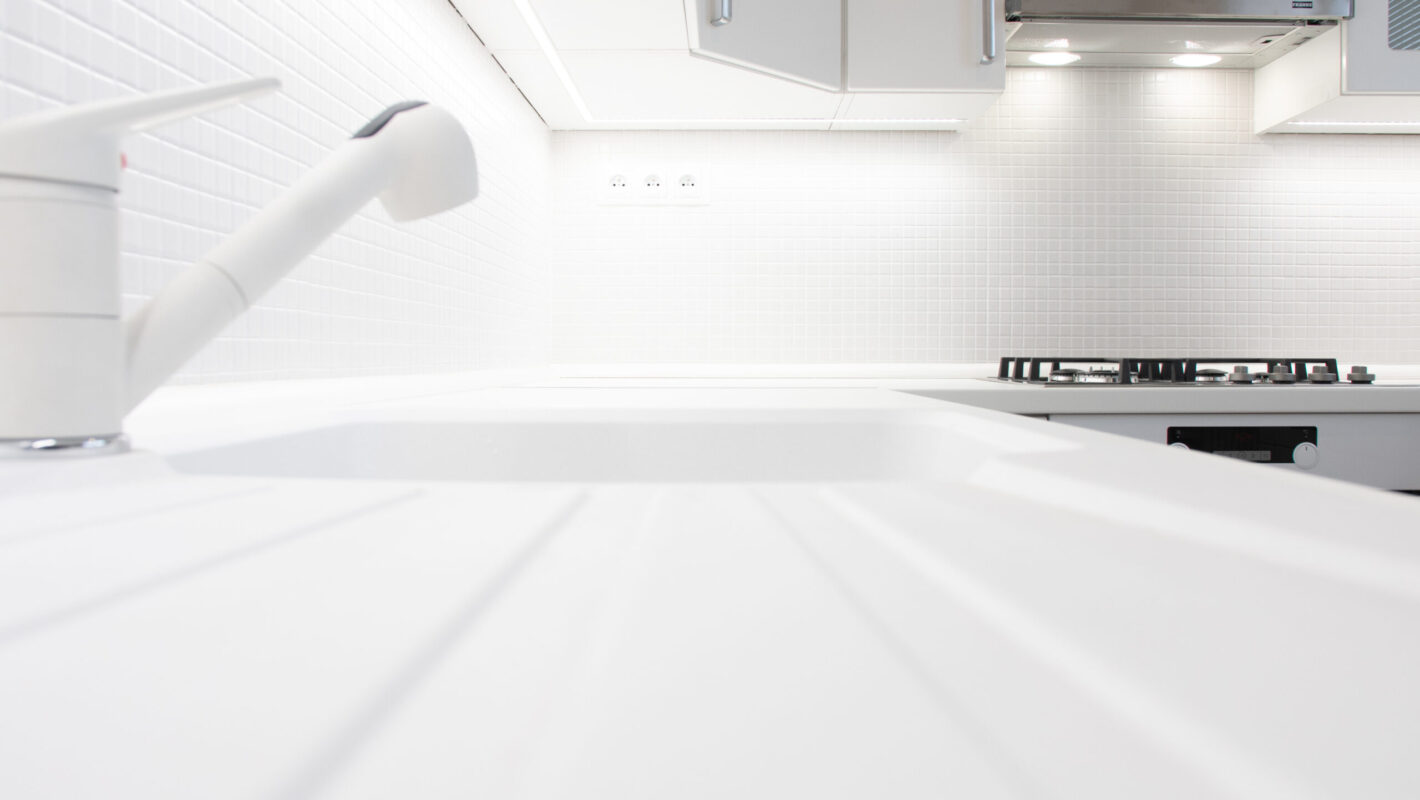 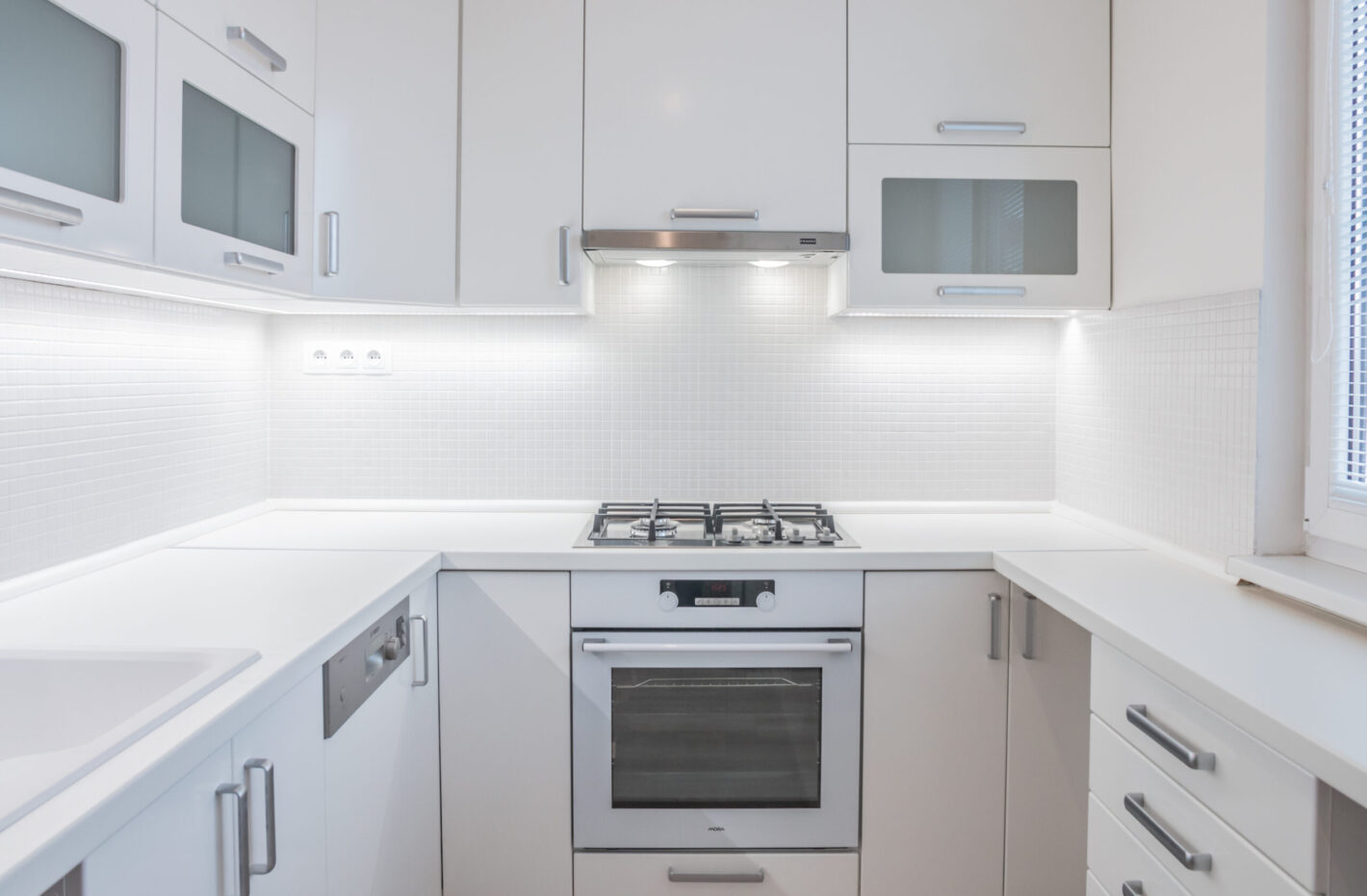 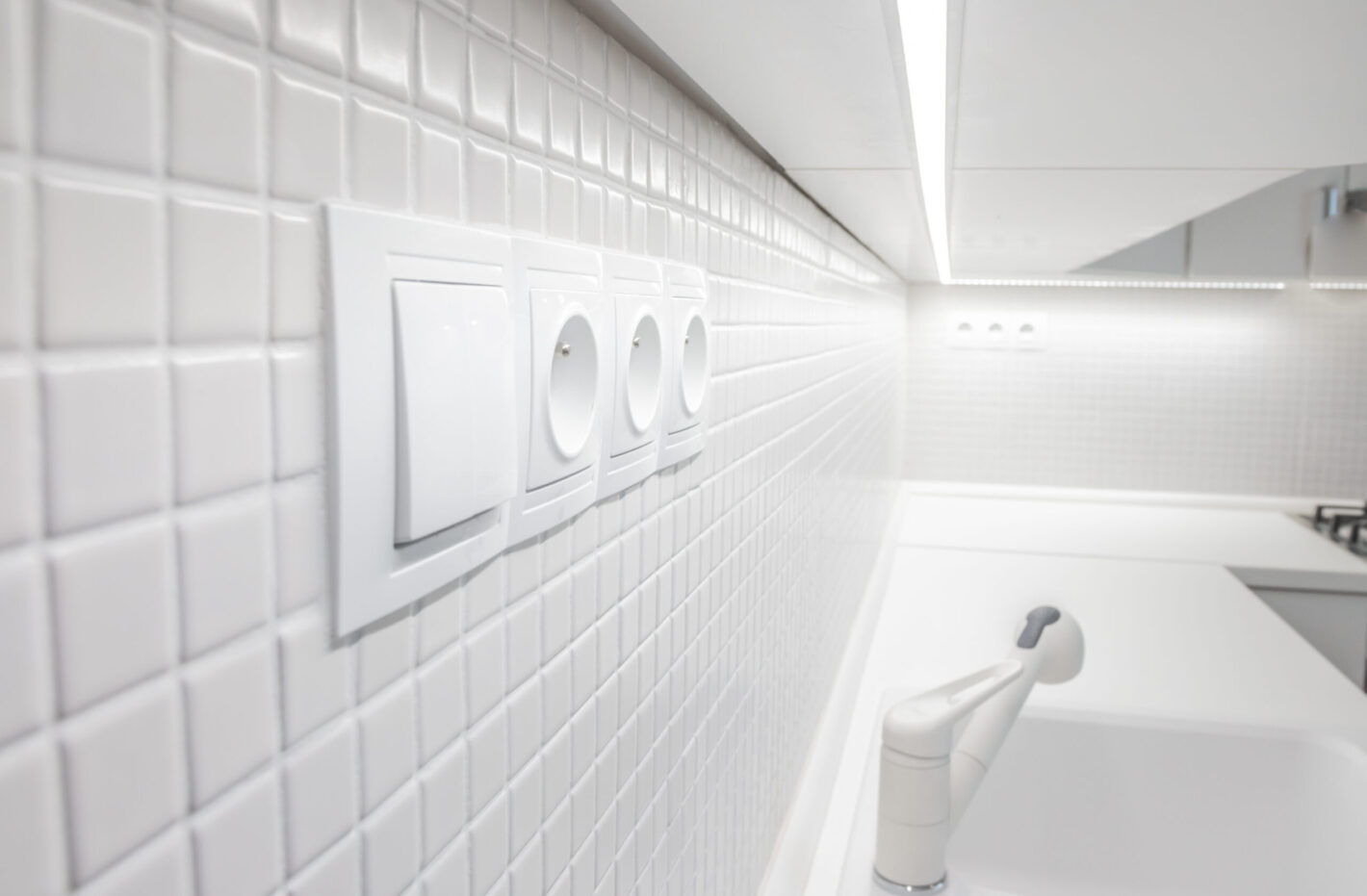 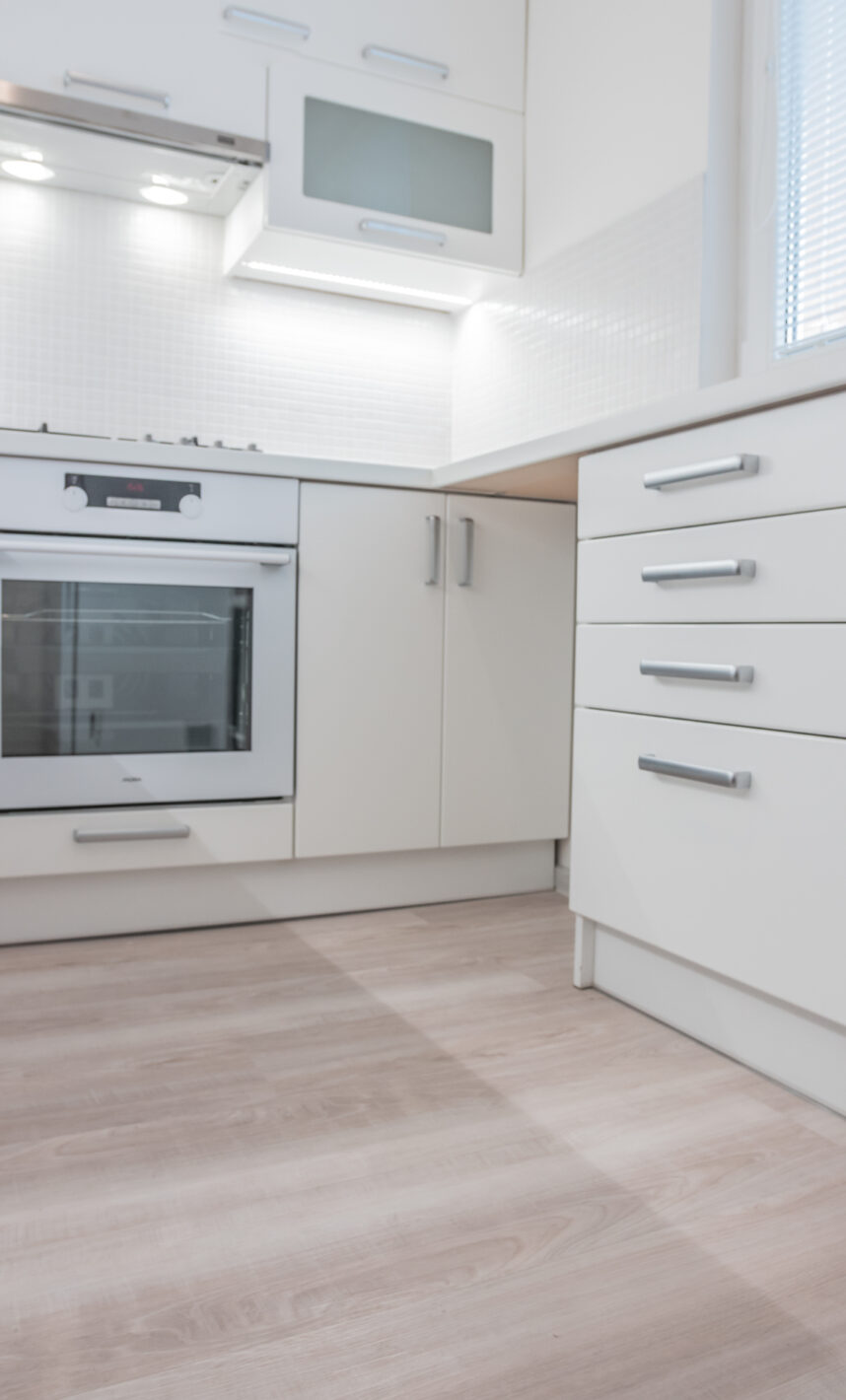 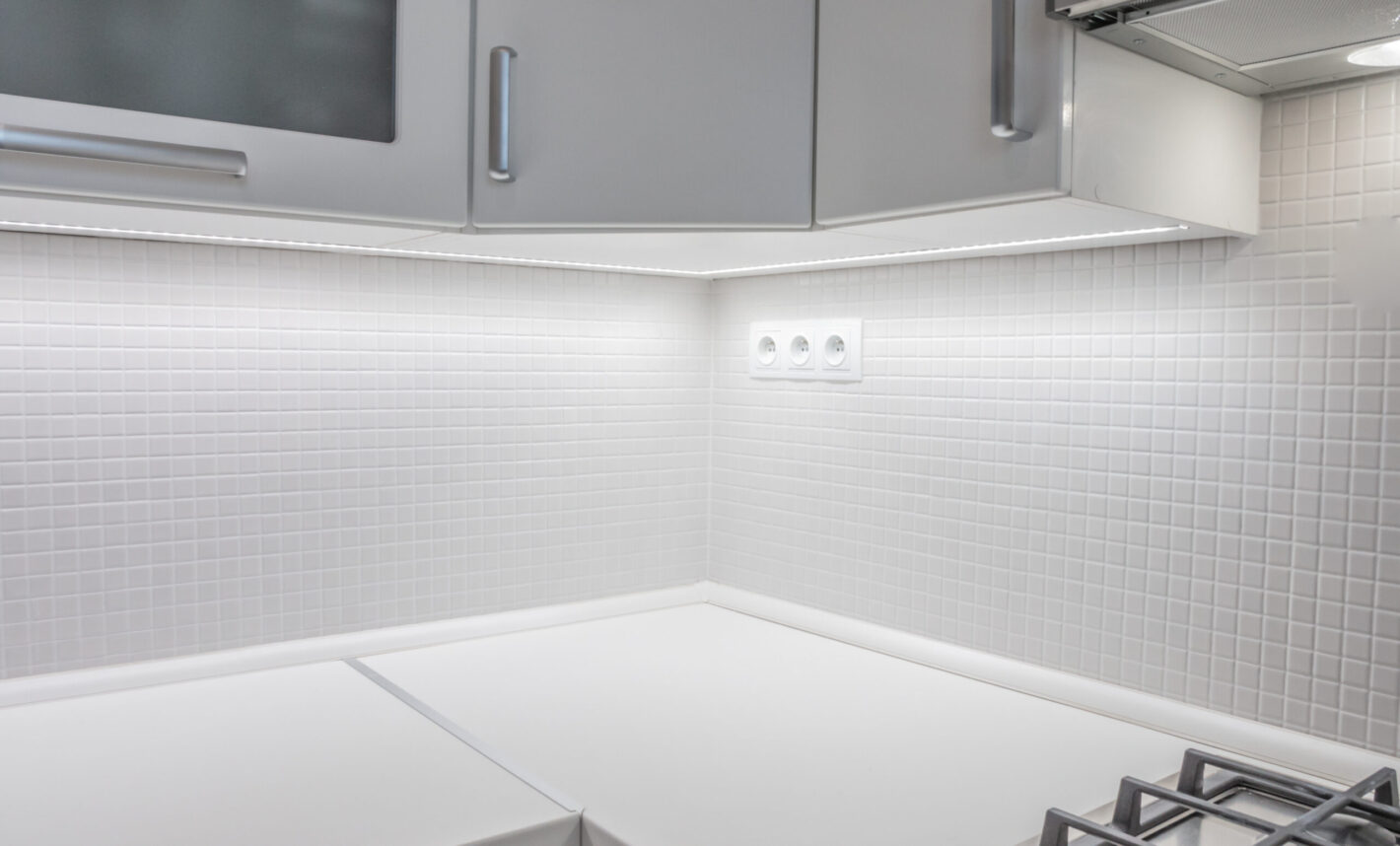